A site-specific interactive video and sound projection, created for a show at Madatech’s Netrix - The Israeli Internet Center, named after Dr. Gershon Lichtman.

Through movement, visitors can influence the sounds and graphics of space. At the heart of this installation is mankind’s desire to influence space and find new worlds and new life in other places. Gravity incorporates sounds from Voyager 1’s golden record, engraved with greetings and music by humanity living on Earth. This is a 300 square meter permanent installation. Developed in partnership with Phenomena Labs and Ronen Tanchum - who developed the interactive system and made the visual design. 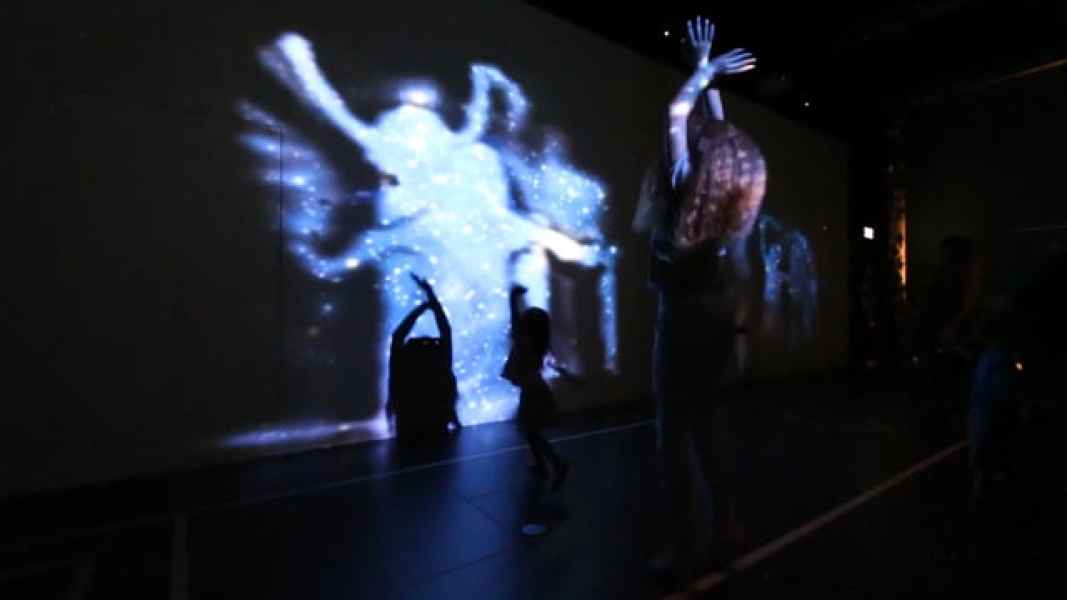